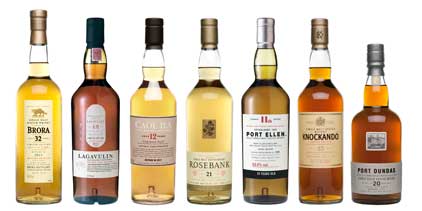 Whisky’s history is dotted with twenty year cycles of ebbs and flows in its fortunes. The 1960s saw a massive upturn in its popularity, with the concomitant reopening and expansion of distilleries. The 1980s then saw a major downturn with the permanent closure of some of whisky’s greatest names, including Port Ellen and Rosebank. Now, in the 2000s, it is back and more popular than ever. However, the demand is currently so great from countries such as Russia, China and India that there is a serious danger of a whisky shortage in the coming years. Distilleries, fed up of seeing their premium products discounted and devalued in UK supermarkets, are likely to adopt a number of strategies with their increasingly-valuable products.

Firstly, they can pull out of the UK markets altogether and only sell their whisky abroad where it will be sold at prices which reflect its true ‘value’. This strategy has already been adopted by Glen Ord and is allegedly being considered by Tomintoul. Their rationale is that where premium whiskies are actively being sought by the new wealthy classes in other countries at top prices, why would they sell them for less in the UK? The danger of this is that many of the UK’s favourite whiskies may start to disappear completely from shelves, leaving consumers to resort to the internet where their favourite dram may be sold at prohibitively expensive prices.

Secondly, distilleries can decide to market much younger whiskies. Rather than selling, say, a 12 year old whisky which will, of course, take them 12 years to mature, they can sell at 5 or 6 years old instead. They can alternatively choose to make their more mature whiskies go further by vatting them with younger expressions. Un-aged whiskies are generally of a high quality because they marry the complexity of older malts with the freshness and zest of younger ones. However, 5 or 6 year old single malts may lack the maturity and depth that malts lovers are used to in their 10 or 15 year old expressions. The result of all this is that standard expressions – e.g. 10, 12, 15 year olds – may start to become a lot rarer and more expensive.

All this serves as a warning to the UK consumer. While it is quite understandable they would choose to buy their favourite malt at a discounted price, they may only be serving to increase the likelihood of seeing it disappear from the shelves altogether. It’s their choice.