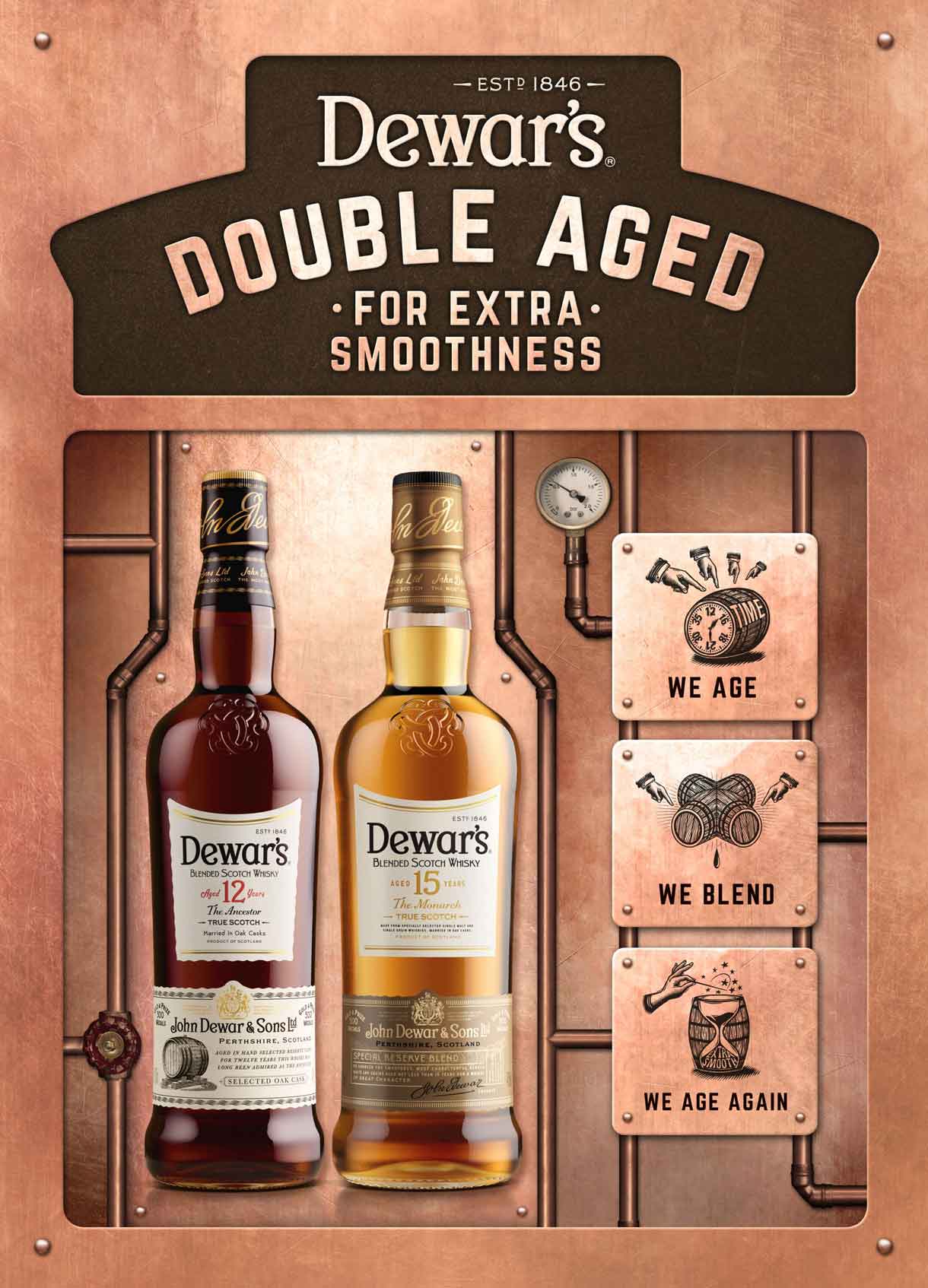 Scotch is a drink admired around the world, but what is it about this amber liquid that mesmerizes so many and why is Dewar’s so favored across the globe? The reasons are as simple as passion and dedication.

The first thing to know about Scotch whisky is that each distillery in Scotland (approximately 90 malt and seven grain distilleries in active operation) only makes one whisky, a single malt (or single grain). The Master Blender of each distillery will source his preferred choices that contribute to his blended whiskies from distilleries around Scotland. Many whisky aficionados believe single malts are the only true whiskies, but may be surprised to learn that this style only accounts for 7% of the worldwide sales, while the other 93% is blended whisky.

Dewar’s is made at the Aberfeldy distillery in Perthshire, Scotland (in the Highlands). Aberfeldy is where Master Blender Tom Aitken practices his craft and through his careful, precise process, brings the world the Dewar’s range of Scotch.

Aitken is only Dewar’s sixth Master Blender in a long family history dating back to 1846 when John Dewar opened the business. Soon John’s sons, John Alexander and Thomas, were at the helm and proved an indomitable team with John Junior overseeing the day to day business at the distillery and the feisty Thomas selling their wares in London and later around the world. In 1891 Thomas rejoiced in some free advertising when Andrew Carnegie, the steel mogul, sent a keg of Dewar’s to President Benjamin Harrison and once the press got wind of the gift, the sales soared! It is from these humble beginnings of two hard-working brothers that the Dewar’s empire came to be.

A Man Who ‘Nose’ Whisky

The same humility is evident in the end result of the premium whiskies created by Tom Aitken whose greatest tool is his nose and keen sense of smell. Once the various malt and grain whiskies have been collected from distilleries around the country, it is the gentle art of ‘nosing’ that provides Aitken with the crucial information to determine into which blend each one will go. Some common characteristics of whisky are smoky, peaty, leafy, floral, honeyed, leathery or woody and it takes years of practice to precisely identify each one. Aitken’s blends tend to be sweet with notes of orange peel, vanilla, butterscotch and fudge while others are fruity and robust with the unmistakable presence of native Scottish heather, but all of them are delicate, smooth and elegant.

There are five Dewar’s products, the entry level White Label, and the ‘Deluxe’ range consisting of Dewar’s 12, 15, 18 and Signature. It is in the Deluxe series where the true secret to the quality of this whisky may be found. Once the single malts have spent a minimum of three years in oak barrels in Scotland (the minimum length of ageing is 18 years for Dewar’s 18) and the proponents for each blend have been determined, they are combined into old sherry casks where they will continue to age for up to an additional six months. This process is called ‘double-ageing’ or ‘marrying’. Few distilleries employ this technique as it is expensive and time-consuming, but Aitken believes it is the key to ensuring the whiskies have a chance to settle and unite into the magical brew for which Dewar’s is so revered. However, others believe this careful technique ‘married’ with the centuries-old innate enthusiasm is the true secret of Dewar’s Scotch whisky.