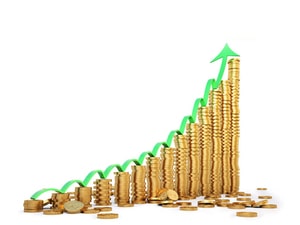 This way your stock will not be as effected as the stocks that are based only in the United States.

One stock that is worth looking into is Accenture LLP (ACN). Why is it worth considering? This company is a very large management/consulting company. They also provide technology-services to one hundred and twenty countries. They have one hundred and eighty-six thousand employees as well. Accenture LLP is a very up and coming company. Their share only costs about $3.00 as well.

That alone is good. This particular company also works with the government in communications, technology as well as entertainment. What is another foreign based stock that is worth looking into? Another good one to look into is Ascendas-REIT. It has a share price of only ninety-five cents per share. It is based in Singapore and is a real estate investment trust. It owns a total of ninety different properties that focus on certain parks. Many investors feel that this particular stock is almost recession proof. There is also another company based in Singapore. That is Singapore Petroleum and though oil prices have dropped, this stock is sure to increase with the boom of the economy in other countries. This may be purchased at one dollar and fifty-eight cents per share.

Duet Group is another good stock to look into. This is based in Australia and is a utility company. Why is it good? It is good because it has been earning money more and more for awhile. It is priced at one dollar and thirty-five cents per share. This group dabbles in natural gas. Digital is the newest and latest thing! It is certain to become increasingly popular and would be a good thing to invest in. Skyworth Digital is priced at only six cents per share. It is based in China and studies have shown that this is where much of the digital world will boom! All of these stocks are really worth looking into and they increase your portfolio in the midst of this failing economy.

Related Post:  Is Investing In IPOs A Good Idea in 2021